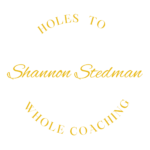 A Wholeness Journey of Transformation 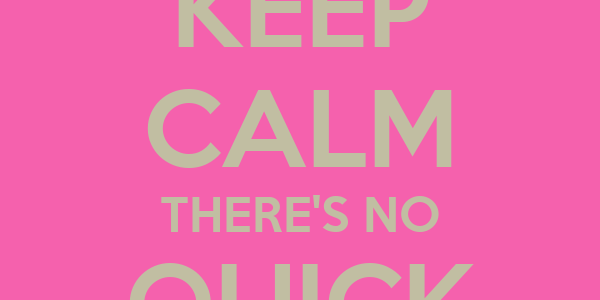 I heard a story several years ago about a boy with a toothache. He didn’t say anything because he had a big baseball game the next day. He didn’t want anything to get in the way of that game.

If it kept up, he would tell his mother after the game but certainly not before. If he told her any time before the game, she would not let it go. She would want to explore it and maybe even take a trip to the dentist to correct the problem. She would not be OK with a couple of Tylenol and calling it a day.

He mustered through the day and fell asleep that night thinking he was in the clear. A brutal throbbing woke him in the middle of the night. He waited awhile hoping it would fade away, but it didn’t. Instead, the pain increased. He knew he could call his mother and she would bring in some medicine, the pain would subside and he would be able to go back to sleep.

But it wouldn’t end there. She would follow-up in the morning, check out the tooth and call the dentist. She might keep him home from the game. And going to the dentist, that would be like opening a can of worms, goodness knows what that would result in. It wasn’t worth the risk. He would have to fight through the pain.

The little boy just wanted a quick fix. He wanted the pain gone so he could get on with his life. He didn’t call his mother. She would want to heal the pain at its source, that was not on his agenda.

He spent the rest of the night staring at the ceiling trying everything he could think of to not be so impacted by the pain. Trying to find a way to numb himself as much as possible so he could avoid the inevitable pain that would come with the healing process. He knew healing would be worse than what he was experiencing right now. His plan became –

Just get through the pain of right now because trying to make it better will just be harder.

The irony of this whole thing is that after spending half the night awake and in pain, the little boy was exhausted, in pain and not at his best for the game. He didn’t play as he wanted to and made some major errors that cost his team the game.

Upon returning home, he broke down. He was exhausted, his tooth was throbbing and he was sinking under the weight of disappointment about the game. He told his mom everything. He was ready for the road to healing to begin. She gave him some medicine and called the dentist as he predicted.

I think people (myself included) are a lot like this little boy. We want the pain and discomfort that we experience to go away as quickly and easily as possible. We are human beings and have been wired that way. Our bodies have been created to prevent and kill pain, it’s a primal, physiological response.

This, coupled with our culture’s instant gratification and “quick fix for everything” mentality, it’s pretty easy to find ourselves looking for the “magic pill” solution to all our discomfort.

But there is a struggle, an internal tension that takes place. While our soul is seeking a quick “solution”, our spirit knows the truth. Our spirit knows that the only real, true solution is going through the problem, not circumventing it. And once we start on this path, we can’t unknow what we have learned and experienced. Our eyes become opened and it’s really hard to go back to unknowing.

Our bodies have been created to prevent, kill and HEAL pain (physical, emotional, mental and spiritual pain).

There is a reason that the phrase “ignorance is bliss” is so popular. BECAUSE IT’S TRUE! On a surface level anyways.

I have heard that,

“The truth will set you free, but it will piss you off first”.

Back in 2005 when I started letting God into my life, I thought it was going to be like taking Tylenol for a toothache. I wanted relief and things to be better, on the double please. I thought that if I let God in, my life would pretty quickly transform into all that I hoped and dreamed for. I could pop the pill; the fog would lift, and I would be pain-free. Sounded like a good plan to me, I was on-board.

Shocking to me, that’s the exact opposite of what happened. Instead of the life of my dreams, I soon found myself living in my own personal hell.

“God, are you serious? Is this some kind of sick joke?”

It took me a long time to understand that not only was it not a joke, it was actually a gift. A gift of love, a gift of grace and a gift of healing. God loves me too much to just give me Tylenol. Instead, God wants to bring me to the fullness of freedom so that I can be, do and experience all that I was created for. I have had to relearn this over and over again as heartbreak and grief continually surface for me because life is just like that.

Healing is freedom, but it will usually hurt like hell getting there.

Even though our soul, which is often much closer to the surface, tries to overrun, numb and kill our pain at all costs, our spirit is still operating deep inside of us trying to find ways to get our attention. Because ignorance is bliss only works for so long.

Because our bodies and spirits remember. They store our pain away in our muscles, tissues, organs and unconscious. There may not be any evidence of its presence, but it’s all still there. Our pain, our trauma, our wounds, our fears, our insecurities. Our bodies don’t forget. It will all come out some way, somehow or we will have to work like hell to keep it all at bay.

When we choose the “quick fixes”, our bodies work to get our attention. If we keep running, one of two things usually happen – our body starts to scream or we have to ramp up our strategies to quiet them.

Things like anxiety, depression, addiction, physical issues, relationship challenges, fatigue, stress and overwhelm, they are not just problems to be fixed, but invitations for healing. They are pointing us to something deeper. If we listen really careful to the whispers and intuition in our spirits, we will hear God calling us to freedom. God’s calling us to the dentist office. God loves us too much to settle for Tylenol.

Where are you being called to freedom rather than popping a Tylenol?

Hello all! I’m so glad you’re here. I’m Shannon Stedman, a Jesus-loving wife and mother of five. I love outdoor activities, exploring new areas, exercising, reading and writing. I write on my whole journey in the areas of faith, health and relationships.