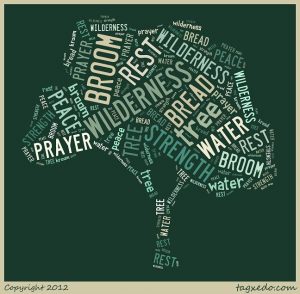 For those of you who don’t know the prophet Elijah from the Old Testament, I will give you a little background. Elijah was a great hero of the Bible and was given special strength from God. Elijah told the evil King Ahab that there would be no rain in Gilead for three years. During much of that time, Elijah hid by a brook near the Jordan River. There God took care of him as there was water in the brook for some time during the drought and ravens brought him bread and meat every morning and evening to eat.

When the drought took its toll on the brook and the water had dried up, Elijah was guided to go and live in the village of Zarephath. God told him to find a widow who lived there with her son. Despite only having a little flour and oil left to make bread, the Lord multiplied it so Elijah, the widow and her son had enough bread to eat and didn’t die of starvation as the widow feared. During his stay with the family, the little boy became ill and died. Elijah was the vessel for God’s power to bring the child back to life.

After three years, Elijah challenges King Ahab and all the prophets of Baal (the pagan gods) to make sacrifices and pray to their gods for rain. After an entire day of chanting, dancing, praying and sacrificing, not one rain drop had fallen from the sky. Instead, a fire from heaven struck and burnt up their wood and sacrifices along with consuming all of the water that was in the trench nearby. When the people saw this, they were humbled and declared that Elijah’s God was the Lord and one true God. So Elijah took custody of all 450 prophets of Baal and killed them. Then Elijah returned and prayed for rain and soon a sky full of black clouds emerged and a huge storm developed.

Elijah had a history of deadly conflict with King Ahab’s wife Jezebel who was even more evil than her husband. During the drought, which brought on a famine, Jezebel plotted to kill all of the Lord’s profits. Elijah, along with help from the righteous Obadiah, hid 100 prophets in two caves for protection.

Fast forward to after the drought ended. Ahab went home and told his wife that rain did not result from their pleas to Baal but that the God that Elijah worships brought rain to the land. As you can imagine, this didn’t go over too well with Jezebel. Her rage flared once more and she vowed to kill Elijah within 24 hours. She even backed it up by professing that her gods should kill her if she didn’t complete her murder mission.

Again Elijah found himself fleeing in fear for his life because of Jezebel’s threats. In response, Elijah escapes into the wilderness carrying heavy burdens which bring him to the end of himself. He sat under a broom tree desperately crying out to the Lord. “I have had enough Lord,” he said. “Take my life, for I am no better than my ancestors who have already died.” (You can read these accounts in more detail in the Bible, 1 Kings 17-19) 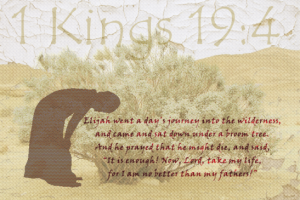 Wow! This is quite the contrast from hours earlier and completely unexpected from Elijah. He  had been operating in the special strength that God had given him in order to end a three year drought and extinguish hundreds of false prophets. I would think that Elijah would be on top of the world, riding the wave of euphoria after experiencing God’s mighty power and the huge victory over Baal. Not to mention that he was the person that God chose to work through. I mean at least a little fist pump would be appropriate right? Interesting how things can work out so differently than we anticipate.

Almost a year ago to this day, I had an experience that immediately had me searching and studying the scriptures about Elijah and identifying very closely with him. I had just gone through months of intense stress and had received the outcome that myself and so many others had been praying for. I was elated, relieved and so humbled and grateful to God. I was marveling at God’s sovereignty, faithfulness and presence throughout the process. During the preceding months, despite a great deal of anxiety and uncertainty, I had communed with God in a whole new way and our relationship had grown much deeper. I experienced an inexplicable peace in the midst of all the turmoil.

Deep down, I knew that God was in control and everything would be taken care of. I even got to the place of knowing that if things didn’t work out the way I hoped, everything would be ok. Resentment and bitterness fiercely competed for my heart and by God’s grace I felt love toward my enemies. Needless to say that when everything was said and done, I was on cloud 9. God answered very specific prayers leading to the appearance that the battle was over. I anticipated smooth sailing ahead after a short period of recharging to restore myself from the past strenuous months. I was not at all suspecting what happened next.

Over the next few days I felt myself becoming more fatigued and weighed down despite extra rest and refreshment for my mind, body and soul. On a Sunday I found myself in a dark abyss of debilitating anxiety, lethargy, discouragement and confusion. It all happened so fast and there was no way that my mind and body could keep up to process everything. I felt as if the bottom fell out and I crashed without anything to soften the blow. I had hit a wall and was just plain scared and completely confused. My mind raced creating a fog in my brain. Sweat covered me while I struggled to maintain my balance, I held on to the dresser to avoid falling over. Panic seized me as I gasped for breath. That evening’s plans went out the window. The new plan was to figure out how to feel better and I knew I couldn’t do it myself.

That Sunday afternoon I found myself under my own broom tree desperately crying out to God just like Elijah. Our cries were different, but at the root of both was the plea for God to renew and restore us.

Just as God faithfully refreshed Elijah, He did the same for me. In Elijah’s case it was rest, food and water that he needed to be rejuvenated and to take on the next assignment that God had for him. In my case it was rest, slowing down, spending a lot of quiet time with God, the amazing support of my loved ones and a trip to my primary doctor that did the trick.

I learned a lot through this experience. My eyes were opened to the reality that the enemy often attacks after a victory. There are a few reasons for that. Defenses are usually down after a battle even if it is followed by a win. Energy is deleted from the fight but we are often not completely aware of how drained we actually are especially if we were the victor. The cloud of exhilaration that follows the win is very capable of blinding us to the reality that we need to recharge.

When we are in fight mode, our energy often comes from adrenaline and our emotions may freeze to some degree. The body attempts to protect itself from pain and overwhelm by decreasing the intensity of our experiences or even numbing us completely. Essentially we are existing in survival mode to some extent. When the battle is over, the body usually relaxes and everything that was suppressed comes flooding in and can totally knock you out.

That is exactly what happened to me. It was very surprising to me to experience just how vulnerable I was, particularly after a huge victory. I’m so grateful for God’s faithfulness as He touched me while I was alone and worked through so many others to help restore me. I do things differently now while I’m in a battle. I focus on staying in close contact with God and myself. I take really good care of myself and plan for a refreshment time when it’s all over. I also do my best to remember that I am a human being and allow myself that rather than expecting superhero status for myself. It’s a journey and a process. One step at a time, one situation at a time and one prayer at a time. 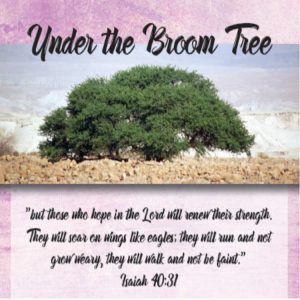 « Meeting God Right Where We Are
Lessons from a tween sleepover »

119 WAYS TO SELF CARE – ENTER YOUR EMAIL BELOW

I had the amazing opportunity to connect with @eri