I grew up going to church regularly and attending religious school for most of my education. While I learned a lot about God doing these things, I never got the pieces about having a relationship with a loving, kind and personal God. For me, it was mostly about the “rules”, fear and striving on my own. I didn’t feel comfortable in my own skin and was usually trying to do what I thought I was supposed to do, rather than being myself.

There was one place in my life that was different. It was at summer camp. My grandparents introduced my family to an amazing summer camp when I was 2 years old. My mom agreed to come that first summer when she found out she wouldn’t have to cook for a week. I certainly don’t blame her. With a two year old and pregnant with my brother in the dead of summer, she needed a break!

Camp was like a whole different world. It was a safe respite from my everyday life. God-loving people, wholesome clean fun and beautiful nature made it a place all its own. I had never experienced anything like it. My grandma, who was very involved with the camp, coined the slogan still used today, “Dunkirk is love”. Boy was she right!  The time I spent at camp each summer, were the best weeks of my life and I looked forward to it all year. I felt changed at camp although I couldn’t explain exactly why. All I knew was that something was different at camp. I didn’t know that God’s presence was the secret ingredient.

Throughout my high school years at a Catholic, all-girls school, I had small tastes of God, but nothing significant. I tried really hard to be a “good Catholic girl” and got involved in many spiritual activities, but something was always missing, I just didn’t know what it was at the time.

When I was 17 years old my parents divorced and my eating disorder became apparent. My whole world came crashing down and I struggled to keep my head above water. Depression and anxiety flooded me. Again, I turned to spiritual activities combined with counseling and a boyfriend, desperately trying to escape the pain. Some days I thought I was OK, other days I could barely keep it together. I did the best I could at the time. However my self-reliance and the lies I believed acted as huge shovels digging in the ground of my heart and soul. The walls of a self-imposed prison were resurrecting all around me and it was becoming harder to breathe.

I graduated from high school and went off to college. I quickly made friends and discovered that alcohol, food, codependency and busyness (my drugs of choice) helped me to numb the incredible pain I experienced. The problem was that when the effects of these things wore off, I was usually in a lower place than when I started. I was like a hamster on a wheel, I had to keep running but I wasn’t getting anywhere. If I got off the wheel, I would crash and burn. So keep running it was!

A month after college graduation, I got engaged to my high school sweetheart. A year later we were married. I found myself needing more of my drugs to make it through each day. Life was a blur and the pain was unbearable. I knew something had to change, but what?

Two years into our marriage, my husband and I were shocked to learn that we were expecting a baby. Three months into that pregnancy I started bleeding and when on to miscarry that precious child. That broke both of us and started a turning point in my life. After years of not wanting any children we both discovered that we desired to grow our family. Four months later I was having morning sickness and almost a year to the date of the miscarriage, I delivered a beautiful baby girl.

My main goal while pregnant was to learn all I could about sleep training babies. I was terrified of unmanageable exhaustion and set out to do everything in my power to ensure that we all slept well from the get-go. I was directed to the ministry of Gary Ezzo at Growing Families International and advised to read the book, Babywise. I thought I was simply going to learn how to make my baby a good sleeper, but God had additional plans in mind!

What I didn’t know upon beginning the book was that it was written by a Christian author and that it would start by talking a little bit about God’s design for the family. A seed was planted and my curiosity was sparked.

After giving birth to our sweet Ella Grace, postpartum depression nipped at my heels. Busyness, beautiful weather, leaving my job to be home full time and the high of having a new baby carried me through for awhile. Six months later in the dead of winter, I fell apart. The hole in my heart had gotten deeper and the internal pain exploded out of me, I surrendered to the fact that anxiety and depression had a hold on me. I went to see my doctor, got some medication and started a master’s degree program. I thought that surely I had all the answers now and life would be fine.

Fast forward a year…….. Within a month’s time, marital crisis erupted, we found out I was pregnant and then a few weeks later found ourselves at the hospital once more staring at an ultrasound screen which showed a baby without a heart beat. Devastation was overtaking us. Before we could catch our breath, a month later, on Ella’s 2nd birthday party, we found out we were expecting again. We didn’t know whether to laugh or cry. We really didn’t have time to do either because we were quickly consumed with packing up and moving out of our home due to our financial situation.

God was there all along, I just didn’t know it yet. After reading and implementing the Babywise principles with lots of success, I decided to continue with the series and read Babywise II and Toddlerwise. Seeds continued to be planted about God’s design and principles for raising a family. During this time, while watching TV one night, I came across a special about The Duggar Family and was gripped by their huge family, their amazing faith, and the love and peace in their home. I was really curious what their “secret” was.

After watching them a few more times, it became clear to me that God was a huge ingredient that they had and I lacked. I felt a strong desire to start reading my Bible. So I pulled out the one I got in 8th grade that was covered in dust and only opened a handful of times. It’s amazing to me that I still had it after several moves and years of stunted spiritual growth. But when the student is ready, the teacher appears and God was just waiting for the day when I would run into His arms, which was soon approaching. 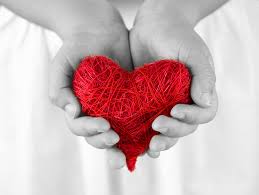 “Here’s my heart Lord, speak what is true”

I was introduced to the Daily Success Daily Devotional Program via The Duggar Family website. I liked what I saw on their show, so I decided to try it out. The program consisted of 49 weeks of study focusing on Jesus’ commands to us recorded in the Gospel of Matthew. They came daily via email and also included activities, character qualities, study questions, and additional resources for each week. I started this program in October 2009 and the first day I was hooked. I craved to learn more and get to know God better through Jesus. Most importantly, I knew this was the direction for my life that I had been searching for. I gave my life to Christ right then and there. Immediately my heart began to change; my rebirth was underway.

I felt like a dry sponge that had finally received water after a long drought. I read and listened to everything I could get my hands on. I had a new craving, a spiritual hunger and thirst. By satisfying this appetite with God, my holes were being filled and my new life was being created.

The best stories are the ones that have a beginning, a middle and an end. I don’t know about you, but I hate watching a movie or reading a book that spends so much time building up to and depicting the climax, but doesn’t include much about what happens afterward. It leaves so much to the imagination and I am a literal and practical girl who likes to know exactly what is going on. I love hearing the salvation stories of others that include what their life was like before Jesus, what happened and what their life is like after meeting their Savior. I want the whole story!

Don’t worry, I haven’t forgotten about the ending of this story. Join me back next week to hear what my life has been like since meeting Jesus.

In the meantime, check out some related posts that you may have missed.

Why Holes to Whole? – Learn more about God’s purpose for my holes and how the blog got its title .

Will You Tell Me a Story? – Read about the importance of owning and sharing our stories

Holes Were My Path to God – Ripped PJ’s, trying to catch a marshmallow on a string, my internal wounds & my relationship with Jesus

« Holes Were My Path to God
The Rest of the Story »

119 WAYS TO SELF CARE – ENTER YOUR EMAIL BELOW

I had the amazing opportunity to connect with @eri